In August 2019, Bill Morris came into the Weatherford Oklahoma Works American Job Center looking for help.  He had not had a steady job for approximately 10 years and worked odd jobs for quite some time.

At 67 years of age, Mr. Morris decided that it was time for him to pursue employment that would provide him a self sufficient wage.  He chose to obtain his Commercial Driver License.   He put all his energy into obtaining a CDL permit in order to begin occupational skills training.  Mr. Morris did great during the first three weeks of training and achieved his Certificate of Completion, but when it came time to test for his CDL, he encountered some obstacles.  He reached the maximum number of times the school was allowed to let him test.  He was disappointed when he failed, but his Career Manager encouraged him not to give up and inspired him to try again.

After a time, Mr. Morris came up with the necessary retesting fees on his own accord, having exhausted resources for assistance with those.  He changed the location where he tested, thinking it would benefit his chances of success.  Two months after his successful completion of training, in February 2020, he successfully obtained his CDL!  His determination, dedication and perseverance were key to achieving his goal.  Mr. Morris is a great example that is never too late to achieve what you set your mind to.  Mr. Morris was gainfully employed a month later with Carlos Trucking, where he works today, hauling asphalt, and working full time. 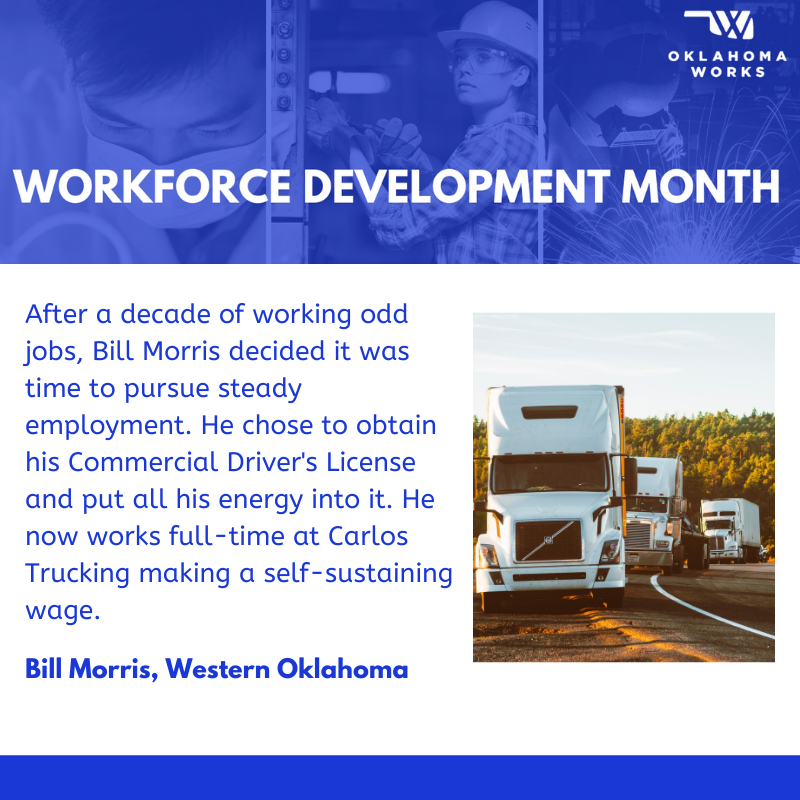